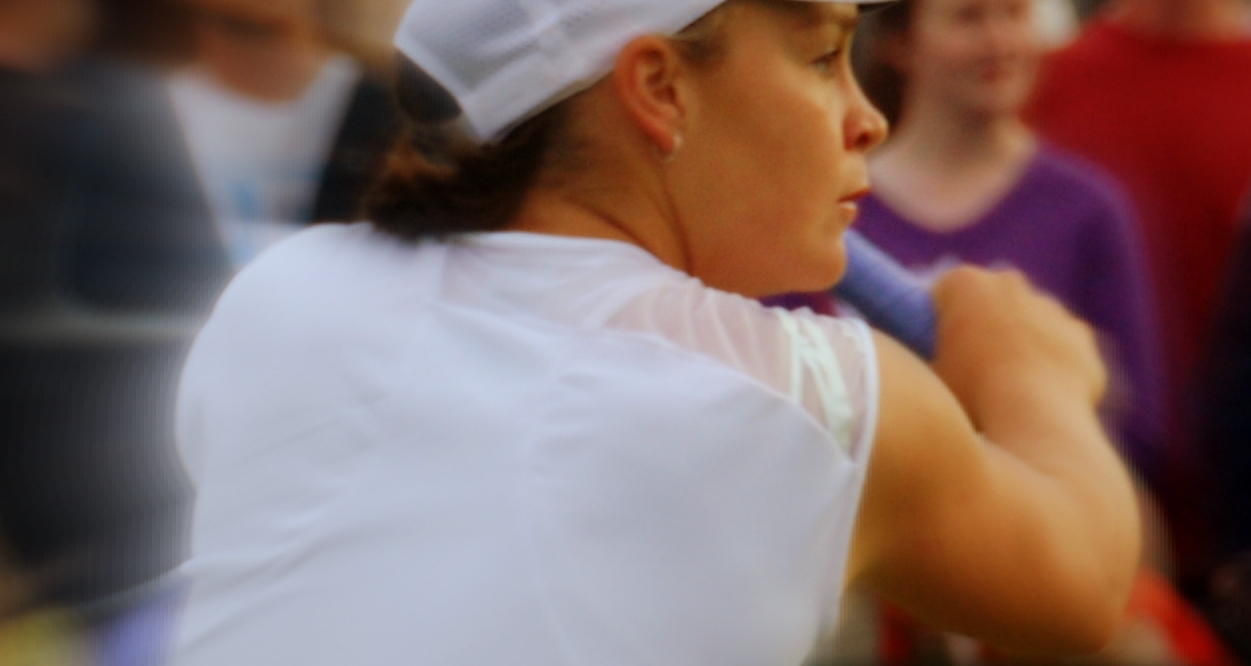 There was double success for Australia at the Nature Valley Nottingham Open as both Ash Barty and Alex de Minaur claimed victory over Brits today.

Top seed Ash Barty won her first WTA title on grass after defeating Jo Konta 6-3 3-6 6-4 whilst de Minaur overcame Dan Evans 7-6 7-5. Meanwhile, Heather Watson made it three defeats in Nottingham, as she was unable to claim her second WTA doubles title of the year with Mihaela Buzarnescu.

After losing in the Birmingham Classic final last year, Ash Barty went into this week as the favourite for the title. The Australian number one played some exquisite tennis throughout the week and dominated the opening set in today’s final. However, she was unable to take advantage of break points early in the second set as Konta dug deep to stay in the match.

After surviving two break points at 3-3, Konta then held and broke her opponent’s serve, before taking the match to a decider.

Barty then took the ascendancy, serving well and racing into a 4-1 lead. Konta then broke back, showing the world just why she is still such a big threat on grass, being fired up by a less-than-convincing line judge call against her. Barty gained her composure, coming through a lengthy service game before taking the match on Konta’s serve.

Defeat for Konta is her second successive final loss in Nottingham but she will be happy with yet another fantastic week on grass. With lots of talk of the pressure she’ll be facing on the grass to defend ranking points, the Brit showed she has the determination to prove that she deserves to be talked as a contender for Wimbledon once again.

Konta will now travel to Birmingham, where she faces defending champion Petra Kvitova in a blockbuster opening round. Barty, who also travels to the West Midlands, will face a qualifier.

Earlier in the day, Alex de Minaur continued to impress on the grass as he overcame Dan Evans in a straight-sets victory.

The Australian rose to fame earlier in the year with a run to the final in Sydney in January and has continued to slowly build his reputation as one to watch for the future of men’s tennis. And after losing in the final of the Surbiton Trophy last week, he made no mistake against Evans to win the biggest title of his career to date.

After trading breaks in the opening set, neither player came close to another breakthrough as they played out a tie-break. And it was here that the teenager shone, collecting the mini-breaks before taking his second set point. de Minaur then seized the early initiative, breaking Evans’ opening serve. After trading service games late on, the Australian was able to serve it out at the second time of asking.

Victory will see de Minaur rise to a new career high ranking of 78 on Monday. Evans, meanwhile, can be very pleased with his impressive return from a drugs ban. He will travel to the Queen’s Club, where he was granted a wild card and faces Adrian Mannarino in the opening round.