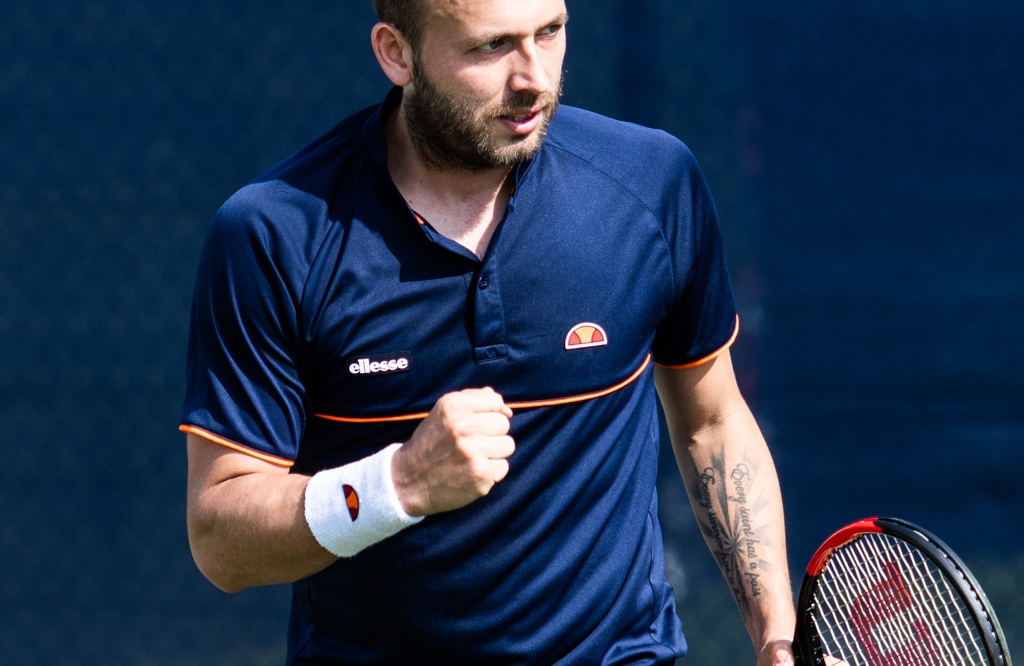 Dan Evans and Harriet Dart continued their terrific grass form with victories over Jurgen Melzer and Yanina Wickmayer, to reach the semi-finals of the Fuzion 100 Surbiton Trophy.

The returning Evans, who had to come through three qualifying matches last weekend, served an impressive 12 aces en route to a 7-6 6-4 victory over his Austrian opponent. Despite failing to serve out the opening set at 5-4, Evans comfortably saw off the experienced Melzer in the tie-break, coming through it 7-3.

In the second set, Evans showed his quality to save four break points, before taking the match on Melzer’s fifth service game. Evans will now face top seed Jeremy Chardy, who defeated Denis Kudla in a marathon match 7-6 4-6 7-6.

Victory will continue to spark debate about whether Evans deserves wild cards into the British ATP tournaments over the next month. His progression since his return has been extremely encouraging and deserving of a chance at competing at a main draw of a higher-level tournament. And while the LTA offered the returning Maria Sharapova wild cards into the WTA event in Edgbaston last year, it’ll be the AELTC that Dan will need to showcase his merit for a main draw appearance at Wimbledon. The AELTC famously had a stronger stance with Sharapova last year and it’ll be interesting to see whether we see the same action take place this year.

Dart overcomes Wickmayer but Taylor and Boulter bow out

The second set saw the experienced Belgian find her feet and Wickmayer started to pile pressure on the Dart service game early on. After coming through a lengthy opening service game, the pressure eventually told as Dart let slip two service games to allow the fourth seed to take the match into a decider.

However, despite the setback, Dart overcame a player 98 ranking places above her to bagel Wickmayer in just 24 minutes. Victory means that Dart has successfully defended all her ranking points from the British grass from 2017, giving her the freedom to play with no fears for the rest of the month. This run in Surbiton will hopefully be the springboard to a breakthrough campaign and is surely deserving of a main draw wild card into Wimbledon next month.

Dart now faces Conny Perrin, who overcame Gabriella Taylor 6-7 6-4 6-1, in tomorrow’s semi-finals. In the other semi-final, Alison Riske will take on Priscilla Hon after the Australian surprised Katie Boulter with a 4-6 6-3 6-3 victory. Boulter and Taylor will now travel to Nottingham, where they have been awarded a main draw wild card into the Nature Valley Open.