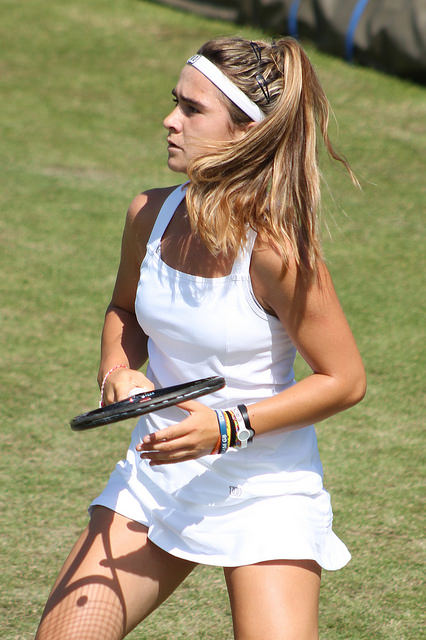 Gabriella Taylor maintained her impressive recent form by winning the $25k Perth Tennis International 2, her second title in the space of three weeks.

Taylor defeated the French eighth seed Myrtille Georges 6-2 7-5 to claim her fourth 25k title in a final that lasted 1 hour 45 minutes. The Brit took control early on, breaking her opponent three times to take the first set in 41 minutes. In a tighter second set, Taylor’s first serve proved the difference, winning 85% of her first service points compared to her opponent’s 68%.

Victory will continue Taylor’s ascent up the rankings, where she is likely to overtake Laura Robson, who withdrew from the tournament with injury, as Britain’s number four.  It’s also Taylor’s second title in three weeks, after she claimed the title in Launceston. At both events, Gabriella failed to drop a single set as she continues to show impressive form.

Results like this will make it difficult for the Wimbledon organisers to overlook Taylor for a wild card as she looks to earn a debut place in the main singles draw. The Brit is set to take a well-deserved week off in Australia, where she will then head to the Mildura Grand International, another 25k event down under.

The title caps an extremely successful month for Brits in Australia, with Katy Dunne and Laura Robson also finding good form on the ITF tour.

Britain’s Harriet Dart will be looking to make it a day of double success for Britain later today in the final of the Ak Ladies Open. Dart, who overcame two tough rounds of qualifying in the tournament, will face Karolina Muchova of the Czech Republic.