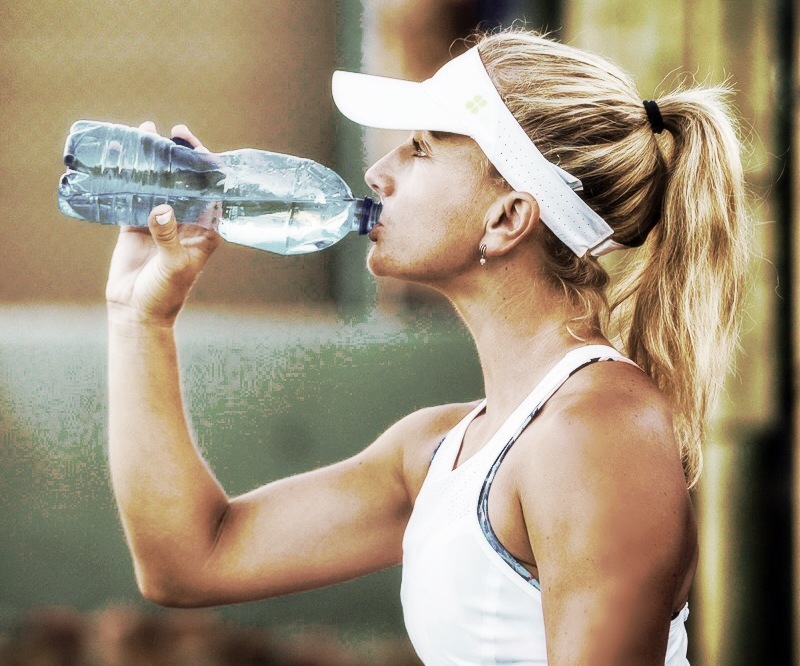 Thirteen years after winning on her Wimbledon singles debut, Emily Webley-Smith is about to embark on her 15th season as a professional tennis player. Sitting outside the top 500, and with a singles career high of 240, we catch up with the Brit to find out what inspires her and what aspirations she has going into the new season.

Back in 2004, a 19 year-old Webley-Smith gave British fans something to cheer about at Wimbledon when she overcame Severine Beltrame 7-6 6-4 on her Grand Slam debut. In the following round, she almost claimed a notable scalp against 31st seed Amy Frazier, eventually losing 2-6 6-3 6-8. Despite this early promise, the Bristolian has yet to win another singles match at a Grand Slam tournament. 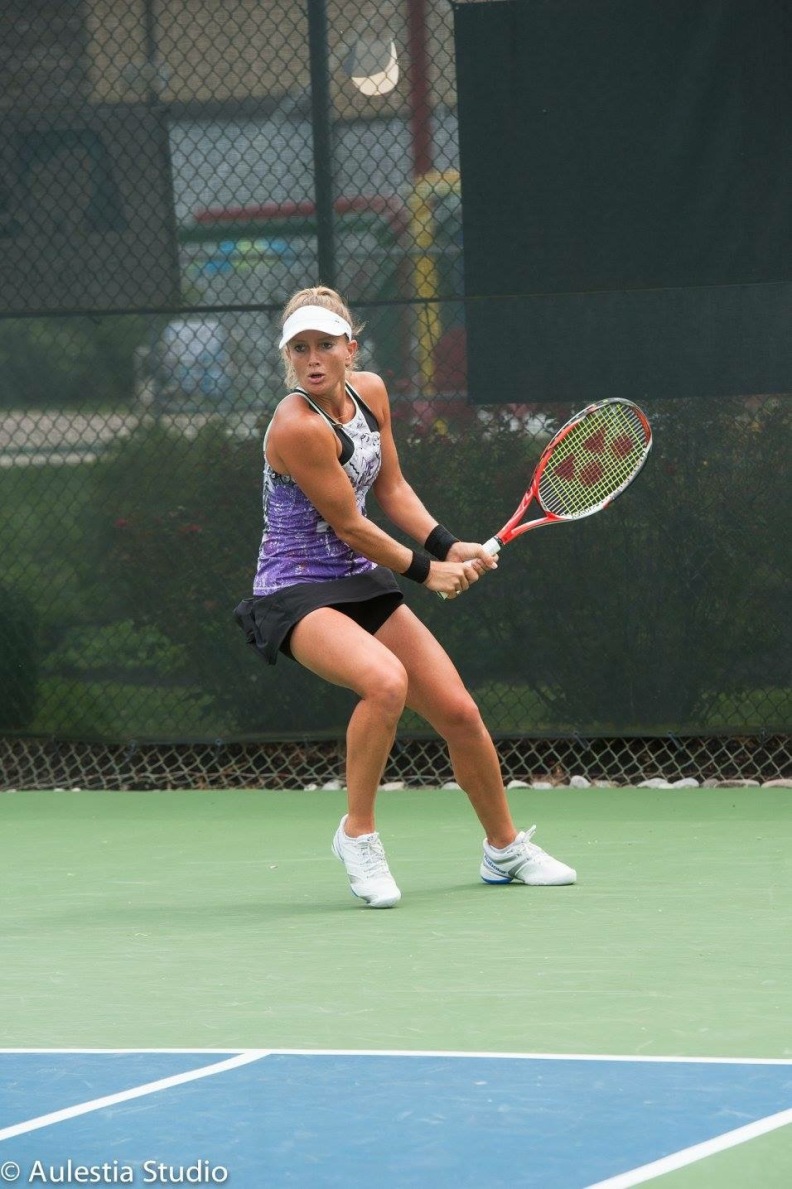 With four ITF titles – all of which coming at $10,000 tournaments – the 2004 Wimbledon run remains Emily’s biggest achievement in singles tennis. Her achievements in the doubles have been much more consistent.

With an impressive 18 doubles titles on the ITF tour, including two 50k events, Emily has formed fantastic partnerships with the likes of Naomi Broady and Ankita Raina, both of whom are two of her good friends on the tour. Back in 2015, and partnered with another of her close friends, Julie Coin, Webley-Smith won her biggest title to date at the Dow Tennis Classic in Midland, a $100,000 event. This victory propelled the Brit to a career high ranking in the doubles of 113, but what has prevented further success?

Dealing with seven major operations, as well as septicaemia, dengue fever, a DVT and a burst appendix, certainly hasn’t helped.  Unfortunately for Emily, injuries have played a major role in her career, often hampering her progress at the worst possible times.

“In 2011, I reached my highest singles ranking after 36 weeks on the road on my own, and playing some really good tennis on a consistent basis. Post Wimbledon, I was ranked high enough to play the US Open and my appendix burst, meaning I would miss the tournament for the third time having made the cut. I was bitterly disappointed [and] it remains one of my biggest goals.”

After so many setbacks, being patient and remaining fully fit is perhaps one of the toughest challenges anyone can face as a professional athlete. And it has been no different for Emily. 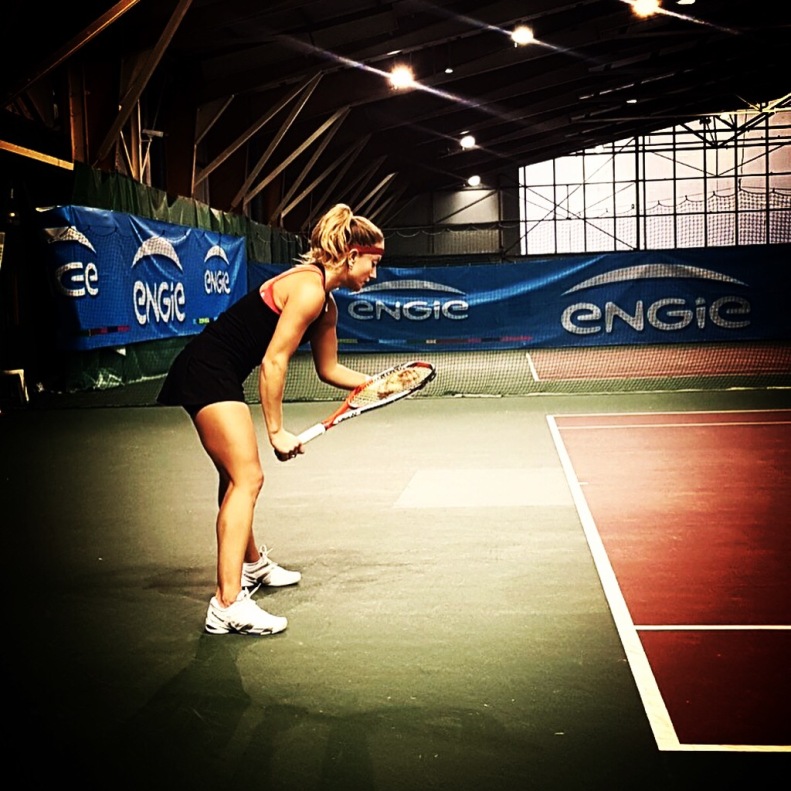 “I am not the most patient of people and sometimes the recovery from surgery and other injuries can be painstakingly tedious and frustrating. If I cannot run or play I am not the easiest person to be around and I ﬁnd resting and keeping still really hard.

“I used to double the rehab work I was given to see if I could come back in half the time that was projected, but I’ve learnt some hard lessons that the body will heal when it’s ready to and some things cannot be forced, no matter how hard you work. The time away from the game does give you a different perspective however, as you appreciate so much more being healthy and ﬁt when you are able to play again.”

For the love of tennis

With career earnings of $305,586 (less than 0.3% of her idol Roger Federer’s earnings), Emily Webley-Smith continues to fight on the ITF tour, playing numerous qualifying events across the world. In 2017, she has played in India, Senegal, Georgia, Russia and Canada, amongst others and admits that forging a career out of the sport she loves is a struggle.

“Finance has been one of the hardest parts of my career, as it is a constant battle to survive. Sometimes you feel like it’s not a level playing ﬁeld when the ﬁnancial limitations on schedule and coaching (or lack of) are so great. And then there is a continuous pressure of how to make ends meet and survive to the next week in the most professional way possible. I do the best I can with what I have.”

However, she continues to fight and her determination is demonstrated through a strict training plan that allows her to continue competing.

“I play 3-4 hours of tennis a day and do 2 hours of ﬁtness, made up of speed, interval training, power, core, injury prevention and recovery. I also coach some hours throughout the week to supplement my travel and have started to do 30 minutes of mental training every day since June. I try to train six days a week and have one day off, but often the rest day gets lost with travel, qualifying or preparation for the next event.” 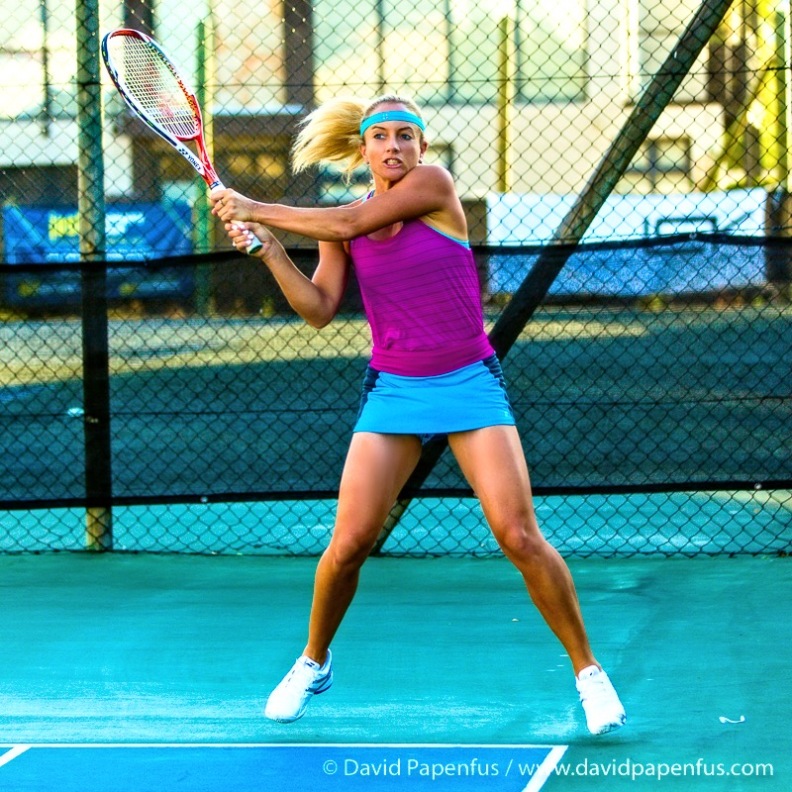 Like in most interviews with tennis players, two of the words Emily uses to describe life on the tennis tour are ‘tough’ and ‘lonely’. However, there’s also an optimistic and upbeat tone to Emily’s views – ‘crazy’, ‘fun’ and ‘always an adventure’.

“Life on tour can vary widely from week to week, from playing in the mountains near Burma, the jungle in Borneo, the centre of Delhi, by the beach in Brazil or in a beautiful country club in Vancouver overlooking the city. And then there’s Wimbledon! From staying in dorms in Uzbekistan, motels in Korea, to ﬁve star hotels in Asia or incredible housing with families in the States, you have to be ready for anything. Sometimes we are playing in front of one man and a dog, other times a full crowd on a centre court.

“I travel mostly alone, which I can survive quite well as I don’t mind my own company and like to do my own thing as I am very self motivated. But the times I’ve managed to afford a coach to come with me for a few weeks here and there, I have enjoyed hugely, and found to be so useful in improving on the road and learning from the feedback of having someone watching me play.”

What does 2018 have in store for Emily Webley-Smith?

“Tough, but fun”. The three words the 33 year-old said when asked to describe how 2017 went. After starting the year with yet another injury setback, Emily effectively started her season playing catch up.

“I started working with a coach in South Africa in January after doing an extended pre season in Cape Town at the Anthony Harris Tennis Academy and improved a great deal with their help. But with less tournaments on the calendar, and the subsequent drop in my ranking following the time out, it has been hard to get into the bigger tournaments and ﬁnancially impossible to continue working with a coach, or choose a different schedule than one I can afford.”

Earning just over $16,000 on the tour this year, Webley-Smith has battled through qualifying at lower ranked ITFs throughout the year. Nevertheless she has had good results, winning a singles and doubles title in Sharm el Sheikh and Hua Hin respectively.

Feeling like a better player than she was a year ago, Emily has every reason to be optimistic going into the New Year and has set her achievable goals for 2018. “[I want] to stay healthy; improve; play US Open qualifying for singles; be top 75 doubles by the end of the year; work with a coach; continue to gather experience in the off court world of sports media and presenting; and develop my career outside tennis.”

It’s clear that Emily Webley-Smith deserves to be shouted about as an inspiration. Her grit, determination and willpower to continue following her dream should be used as an example for all aspiring sportspeople. After winning at Wimbledon in 2004, her career has stuttered through a combination of bad luck, injuries and illness. However, to still compete in ITF qualifying events at 33, and with clear goals to improve year-on-year, Emily Webley-Smith deserves our respect and support.

“[Success is] looking forward to going to work on a Monday morning, and playing a game I love for a living. Ultimately though, being a good person. Mum once told me you are a person a lot longer than you are a tennis player and this is really important to me.”

This attitude is exemplary and if and when she decides to retire from playing the sport professionally, the Brit is certainly going to be a fantastic coach, especially given her life experiences and tennis career. An injury-free season, backed by consistent performances on the ITF tour, could see Emily breakthrough once again, and who wouldn’t love to see that happen?

Keep up to date with The Big Racket, by following us on Twitter!