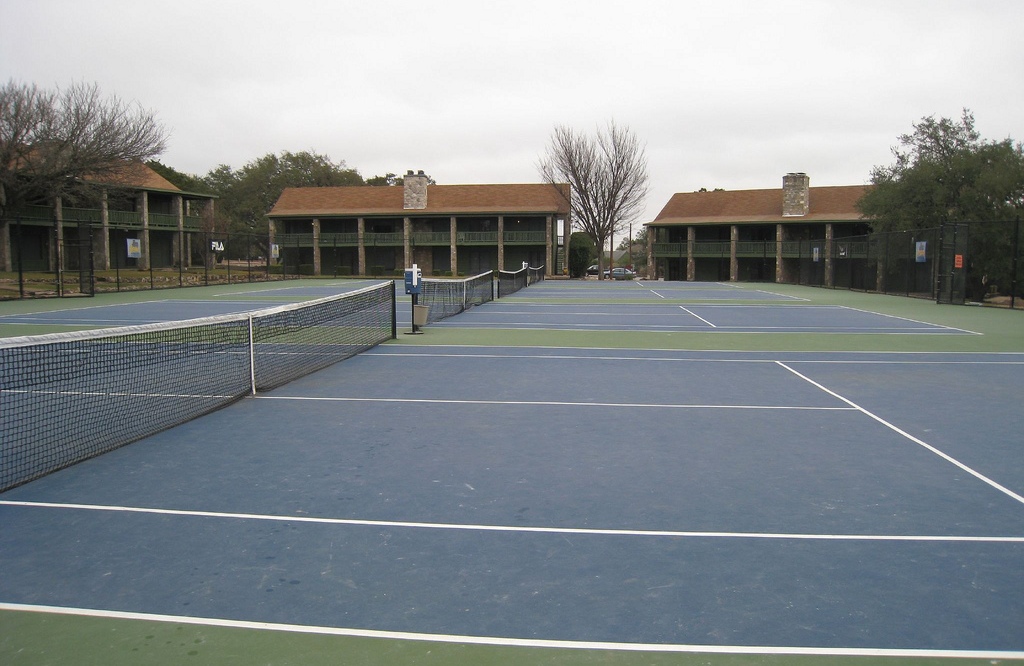 In August 2012, Joshua Goodall was inside the top 200 and became the British number two behind Andy Murray. Despite representing Great Britain at the Davis Cup, playing in the main draw of two Grand Slam tournaments and earning over $400,000, Goodall retired from the sport at 27.

Nowadays, he has settled into life as Head of Tennis at Downe House School but his journey up until now paints a bleak yet all-too-familiar picture for life as a tennis player.

Goodall, like most of Britain’s young players that break into the top 200, was funded by the Lawn Tennis Association (LTA). “I was supported by the LTA from the age of 19 until I was 24. Financially I cannot fault them during this period as they invested a lot of money into my tennis with housing, coaches and training.”

In 2006, he achieved a rarity for British tennis when he qualified for back-to-back Grand Slams at Wimbledon and the US Open. At Flushing Meadows, Goodall defeated Michael Llodra in a third set tiebreak to qualify – a sweet achievement and a memory that won’t be topped. “I can genuinely remember the euphoric feeling of floating to the net to shake hands, then back to the changing room to shower. Even though I have qualified for Wimbledon this felt way better as I wasn’t on my home soil.”

A year later and Goodall had reached his first ATP Tour final, in the Doubles at the Nottingham Open with Ross Hutchins. The British pair lost to a certain Jamie Murray in the final despite defeating the top and fourth seeds along the way.

Despite these early achievements, Josh struggled to move away from futures tennis  and adapt to main tour life. At just 24 years-old, he received devastating and deflating feedback from the LTA that he “wouldn’t be a top 100 tennis player” and therefore his “funding was to be terminated.”

From this moment, Goodall’s relationship with the LTA changed forever.

“I didn’t want to retire but financially it was becoming way too stressful. I was going to the other side of the world knowing I had to win to pay my rent. I was putting so much pressure on myself. I wasn’t playing as well or enjoying it.

“I hit a crossroad where I had a chunk of savings left from prize money and it either went to another year playing or on a deposit for a property. I chose the latter. It was the correct decision even though it was unbelievably hard to make.

“I felt like I didn’t have much support if any from the LTA during this period which made it even worse. I could have and still could now hold and maintain a ranking of between 200 to 300 but in my eyes that wasn’t good enough and felt pointless. I felt that if I didn’t have the resources to get myself inside the top 100 then it wasn’t worth it.”

How can we prevent this from happening again?

Josh points out that it’s not just himself that has experienced this position from the LTA, listing the like of Alex Bogdanovic, Richard Bloomfield, David Sherwood, Andrew Banks and Alan Mackin who had similar journeys.

Many critics of British tennis believe that the players have it too easy and that funding is too accessible. For Goodall, he feels fundamental changes are required from the LTA to prevent young British players building egos and entitlement, which often blocks their transition from juniors to professional tennis.

“I think the LTA needs to address their man management and understand that every athlete responds in different ways. If you don’t conform to their philosophy (which has not once been proven) then they almost treat you like an outcast.

“I think instead of handing money to players it should be more incentive-based. I think the most important thing is to stop allowing the juniors (who we always seem to produce) being prima donnas because they don’t ever seem to get the transition from the junior game to the senior game right.

“They have their … junior world rankings but they have no experience on the senior game. Then there’s a huge reality check when they turn 19.”

As an individual sport, it’s difficult to ensure all players have the motivation and self-confidence to make it. And while there are a number of talented Brits on the junior tour, it is rare for Britain to produce a true champion. British fans have been spoilt by Andy Murray over the last decade and he has had to carry the GB flag on his own during this time. Between Jo Konta, Kyle Edmund, Heather Watson, Dan Evans, Naomi Broady and Laura Robson, only six tour titles have been won – all of which by Watson and Konta.

Cameron Norrie, who has progressed through the US college ranks, and Jay Clarke appear to be the next big hope for British men’s tennis and it seems that the LTA have treated their progression a little differently. Take Clarke, for example, who controversially wasn’t offered a Wimbledon wild card despite fans calling for this to be awarded. They may have learned a lesson from Katie Swan, who was offered a wild card to Wimbledon in 2016, and perhaps hasn’t progressed as suddenly as was first expected. Swan, like Clarke, is finding her feet on the ITF tour and has won her biggest title recently in Portugal to climb inside the top 300. While she’s not banging on the doors of the top 100 just yet, there is clear progress there for all to see and time will tell with how her LTA-funded career will play out.

So after tennis, what happens next?

It seems obvious for a former professional sportsperson to step into coaching and initially this is exactly what Josh decided to do. According to Goodall, he was provided little support in helping him transition from player to coach: “I got next to no help with stepping into the coaching world from the LTA, I even offered to help working with the juniors for free so I could get some experience.”

Signing a contract to coach Alexis Canter, Goodall helped the young Brit reach the top 100 in the juniors, all while holding down a part-time job at a school. Canter, who is currently 19 and himself struggling to break into the top 1,000 in the rankings, showcases the well-documented struggles of life as a tennis player trying to earn a living.

So where is Josh now?

His part-time job became full-time and Goodall now sits as Head of Tennis at Downe House – an independent boarding schools for girls in Berkshire.

“I now have a team of five coaches that I’m in charge of which represents new challenges. I still get nervous watching our school teams in fixtures as it’s bred in me to be competitive.”

Reflecting on his tennis career, Goodall is proud of his achievements, despite not reaching the heights he set out. “I’ve learnt to come to terms with this and accept that I generally did the best I could at that time. It’s easy to look back and say I could have done this or that better.”

“It is financially one of the most expensive sports in the world to play. It’s lonely because you’re not part of a team (unless you can afford an entourage). However, when you can say you’ve represented your country, played at Wimbledon or Flushing Meadows then it does seem worth it. The top end of the sport is sensational but too much of the money is at this end.”

After hearing from Josh, it’s clear that tennis is one of the most difficult sports to forge a successful career in. British fans have often been very critical of the LTA for a lack of top talent, especially when compared to Davis Cup champions France, and earlier this year Judy Murray called for it to do more to help young players break through.

But what happens when they do break through? The LTA’s new Pro Scholarship Programme will provide up to 12 players the opportunity to become financially independent professionals. However, the players must be judged as to having the potential of reaching the top 200 within four years – a lot of responsibility and expectation on the shoulders of a 16 year old. And what happens if they aren’t in the top 200 at 20? Will the funding be cut? Will they be forgotten, like Josh?

Tennis is a cruel and lonely sport. But as one of the most universally loved around the world, more needs to be done to help youngsters and their parents understand the true picture at an earlier stage. There also needs to be some form of fall back if players develop later in their career, like Jo Konta and Dan Evans, because the talent is clearly there. It just takes some people longer to pull a run of results together and make their way to the top 50.

2 Replies to “Josh Goodall: from British No.2 to retirement at 27”