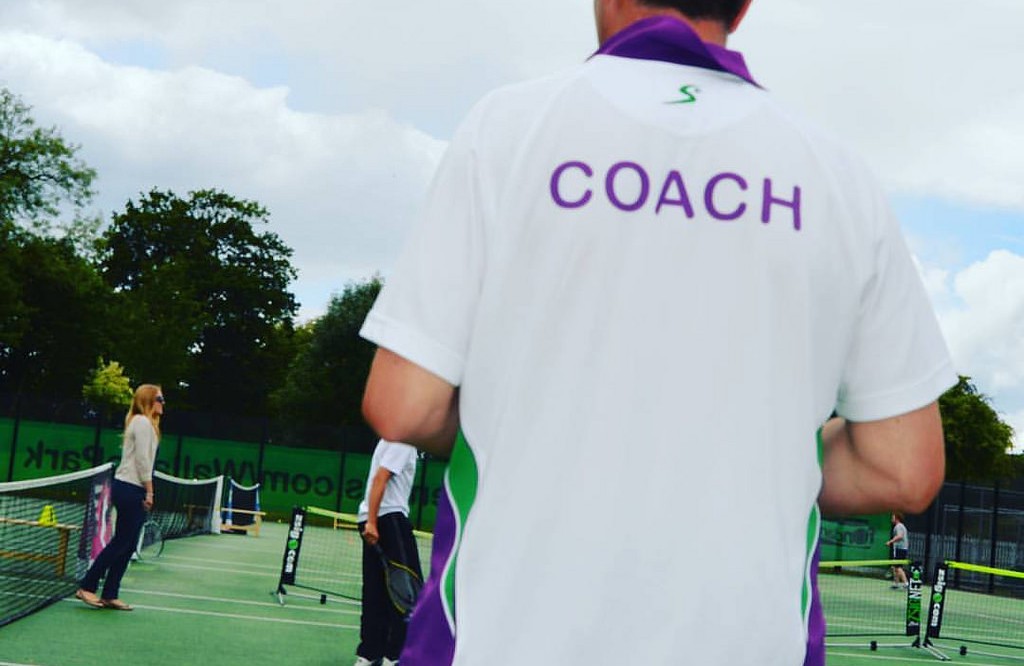 Thomas Leach is Head of Mini Tennis at Wadebridge Tennis Club and believes that children need to hear about more British tennis players than just the Murray brothers and Jo Konta. In our Coaches Corner feature, Thomas provides insight into the life of a coach, and gives us his insight into who he thinks the next British breakout stars will be.

Thomas started coaching back in 2001 hasn’t looked back. Having been based in Cardiff, London and now Cornwall, he says the early years are all about listening, learning and adapting.

“The first years are about finding your feet, working with mentors and gaining knowledge. However soon after it is possible to find a method of both delivery and content which suits you. Becoming comfortable with a system you trust and believe in is an important stage and one which enables you to go further with your coaching.”

Once he found his system and developed his coaching style, Thomas then found the age group for him.

“I have coached all standards and all ages however it was my work with U10s which gave me my most satisfatction. Starting players on their journey is incredibly rewarding and watching them develop from players who hit tennis balls into a tennis player is one of the most satisfying experiences and transitions.

“As a result I have developed many players to County, Regional and National level within this U10 age band however it must be remembered that many players and parents want the end goal to be that of a social/club player and not always a top class performer. These goals are just as important.”

One of the benefits of working with such a young age group is seeing the potential that players have. While Thomas won’t necessarily train the players on the junior tour, the satisfaction of developing promising youngsters to reach their full potential means he knows he will have played an integral part in their development.

“Some of the players I have worked with have since moved to other academies (Bath/West Hants/Sutton) as is the case when you work with a young age category, and one in particular (Emile Hudd) is now 17yrs old and doing very well. He now has an ITF junior ranking and is closing in on the top 100.

“At the other end of the scale I am currently working with a seven year old who is catching the eye of an academy in Mallorca. There are always players who come and go and as long as I can help them on this journey then I feel very fortunate.”

The rise of the Murrays

Training players at a young age, Thomas has a great view of how the success of the likes of Johanna Konta and Murray brothers has on youngsters and their desire to be a tennis player.

“The rise of both the Murray brothers and now Jo Konta has had an affect but not a massive one. Yes players are talking about Andy more and recognise his name and it is great that we have these players at the very top, who our mini players can kind of identify with. However unless the coach brings it up or relays how well they are doing, then the message wont get through to these young players.

“Four to 10 year olds dont read newspapers. They dont watch the news. They do not follow tournament results so how are they going to know how good they really are? Parents might, but ultimately it seems to be the coaches who push this. Yes that is our role, but there has to be more done.

“The other problem is that if these players are only just knowing about Murray, then it becomes obvious that there is no chance of them hearing about any other British players like Edmund, Corrie, Norrie, Broady, Klein, Watson and Robson, for example”

Having his youngsters learn about all British players who are on the tour is of paramount importance for Thomas, and it’s refreshing to hear.

“As a coach I mention them alot and use them as team names if we are doing particular exercises and I also have a ‘Brit Board’ in the clubhouse which shows the top 10 male and female british players. Its important that these mini players have a visual connection with our British players and this currently doesnt happen outside of our club environment.”

Of the Brits that Thomas sees having a bright future in tennis, Jay Clarke is the standout star. From breaking into the top 300 and being part of the Davis Cup team, Clarke clearly has the potential to make a real name for himself. Leach also lists Katie Swan, Katie Boulter, Katy Dunne and Freya Christie as names to look out for.

As part of the challenges that tennis in general faces in Britain, Thomas feels a lack of indoor facilities is a particular hindrance.

“Training in the cold winter months is tough for the under 10s and as a result there is either a small drop off over this period or a shift in their attitudes. An attitude which now has a bit of unwillingness to train hard, maybe complain about the cold.

“These factors can cause a bit of resentment and although that is where coaches need to try and keep the players motivated and optimistic, it can be hard when it is just above freezing and raining sleet!

“Weather can cancel sessions as well. This means the players lose out on their training and coaches, who are invariably self employed, will lose out on income.”

Transitioning from leisure to competition

Unsurprisingly, Thomas feels that costs are the biggest barrier when a child player transitions from social to junior elite tennis.<

"We have players who want to play socially but also who have bigger goals and this will mean parents having to pay for more sessions per week. It is said that tennis is more accessible than it used to be and I would agree with that.

"Our mini membership is probably one of the cheapest you will find; court fees for guests are cheap, and our free school visits and open days mean that anyone can experience tennis either for free or a very reasonable rate.

"However, to really do well in tennis and achieve bigger goals then this remains very expensive to the family. The commitment required for tennis is like no other. It is such a tough sport to excel in and the number of hours needed on the coaching and practice court means there needs to be a fairly big wallet to pay for it unfortunately."

While it's not necessarily new news, the lack of indoor facilities and the requirement for money once again showcases just how tough it is for a British talent to become the next Andy Murray. Thanks to Thomas for the fascinating insight! You can follow him on Twitter, too!

Thomas is the first coach to appear in our ‘Coaches Corner’ series. If you’re a coach and would like to speak to us, get in touch!