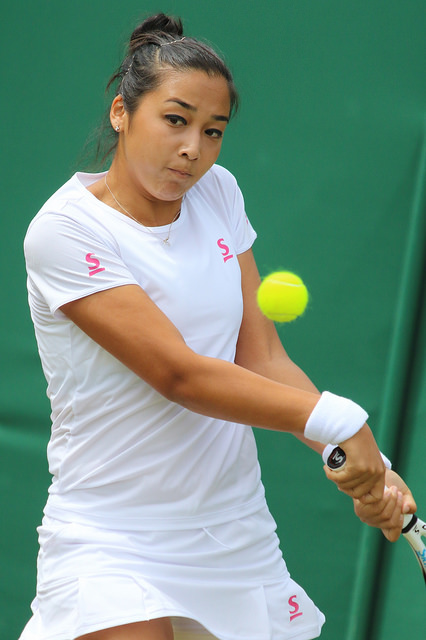 Congratulations are in order for Kazakhstan’s, Zarina Diyas, who was crowned the Japan Women’s Open champion in Tokyo on Sunday.

Diyas, who came through three rounds of qualifying, defeated fellow qualifier and home favourite Miyu Kato in straight sets 6-2 7-5. Serving four aces on her way to victory, the historic final was the first between two qualifiers this decade – since Ana Ivanovic won in Canberra in 2005.

Diyas had a tricky route to the final, defeating 2nd seed Shuai Zhang and defending champion Christina McHale. But her quarter final victory over Kazakh number one, Yulia Putintseva, was the most meaningful and really signalled Diyas’ return as a potential big player on the tour.

The victory is Diyas’ first WTA tour title and avenges her 2014 loss at the final of the same tournament to Sam Stosur. It’s also a poignant victory for Zarina who fell outside of the top 100 last year following a nasty wrist injury at Wimbledon. In her comeback year, the Kazakh has taken two titles on the ITF tour, including a 100k event in Manchester and reached the third round of Wimbledon.

She is expected to rise 37 places in the rankings to number 63.